< Back to all Exhibitions 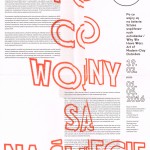 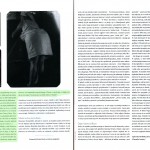 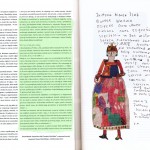 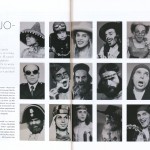 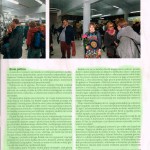 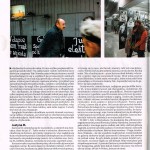 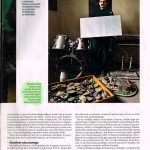 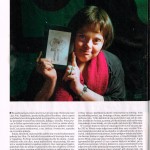 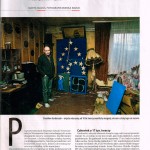 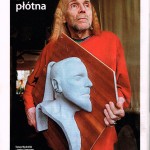 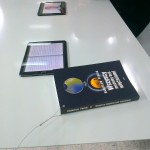 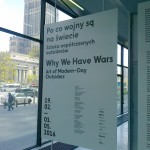 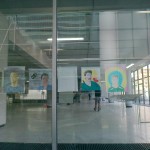 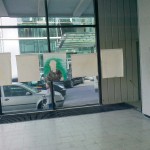 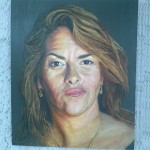 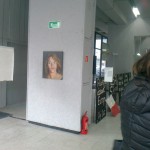 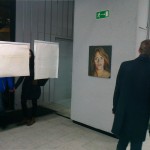 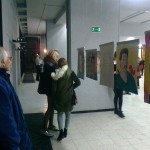 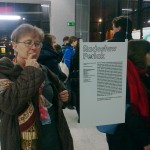 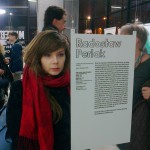 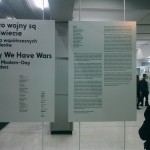 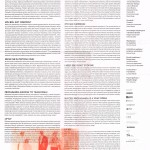 A translation of a part of the article from ‚Polityka’ weekly. It tells about Radek Perlak – one of the artists-outsiders from the exhibition in the Museum of Modern Art in Warsaw.

White canvas
And of the end of the exhibition is standing a mother in woollen dress, a woman with careful look. She musts remember, and relates to Radek each detail. And sends it in a letter to Rawicz. He, unfortunately, couldn’t came. There are only his artworks, painted on the canvases made by the prison sheets. The best are the grated ones. The washed off cloths are stuck by Radek on a panel, what gives a perfect surface to paint. The old palliasses are good as well, you have to only pull tight it strong on a frame. The frames are also recycled, from a prison carpenter’s of from the mother from a freedom.
At the beginning the mother didn’t believe that this paint will be something more than an hobby, because Radek has never before painted anything. However, during the 10 years at ‚D’, like an especial dangerous, he couldn’t do the things as advanced like these. In a red overall, in a single cell, he used to boxing a bottle hanging under a ceiling. And at last seven years ago in a normal prison everything has changed.
Radek Perlak, two time a champion of a prison chess contest, has come one day to a prison workshop to repair chess-watch and he’s met there Jurek, an educated artist, homeless alcoholic, paints the little landscapes on the main market in Poznan city, closed at prison fourth time because of offence of policeman. He’s sat next to him and was observing him, how he is painting. Then, by the cigarette and coffee, he commissioned from him a few artworks. Between others a Viking, but Jurek did not accept this, he was a pacifist, so he has painted him the friendly dwarfs.
As Radek want nevertheless a Viking, he didn’t give up and start to redraw by a carbon paper the pictures from the books, then the photos from the ‚National Geographic’. A little too small was one head but he was not put off and persist in doing his attempts.
A cell was grey, not enough light, around of him five colleagues, over his head TV playing loudly disco-Polish music. Radek didn’t care about this. You mast simple focus your little lamp on a picture and in it to see this word, which is no here around: flying on the sky the blue birds, but one of them in a red overall is lying down, flaping its groups, but it will nowhere fly. Or a chain with an eagle, which are wearing the Polish judges, and on it a fly dung. This painting the guards have found too large. By this time he couldn’t paint any more in a cell.
Radek knows, that in each moment they can take him all this, can tell him: give back your tubes of colours. But however, during the seven years he wind a lot – he can shooting photos of his paintings and then his mother can place it on his webside, and two years ago his artworks have gone on a solo exhibition in a gallery in Warsaw. He has passed a secondary-school examination certificate. He’s started to ride a lot, he’s written a book about Polish prisons system which is praised by the experts from a freedom, accessible to buy. And Lucie Boswell, an American artist, has answered his letter and sent him her nude photography to paint, which at last is right challenge to Radek, because in prison porno-paper he is not finding anything interesting on art level.
So in fact he is doing this, what many people on freedom, despite can, don’t do. It everything was a matter of a few seconds. In the France Foreign Legion he had a legal gun. He run a way from Poland when he was 18, he little lost himself. A gun has shot, one person has gone, three others this were the attempts.
In fact, if this sentence had be shorter, probably he’d has not expand so big. But a life sentence force a perspective – guy, you have 37 years, you’ll die here, do you want despite to leave anything by you?
Recently Radek desire to leave by him something all new. He record himself during a work, and then the seven hours of this he reduce by editing until a few minutes. On the video you can see how he is reproducing a postcard with the Baltic’s Sea waves, and then yet ready painting he paints all white. On the end the canvas is total white, and the video starts again from a beginning, a loop like this. The whit canvas Radek handed over at freedom, packed up in a box by ‚Grandmum’s Pasta’, he want it and the video presenting in the museum in Warsaw.
Exactly this one painting the viewers cannot see, it wasn’t chosen by the exhibition curators. So he viewers are keep walking, commenting by a smile or a reflection, they’re turning between the drawings, figures, the emanations of a heart and soul, and they are shooting on it by the smartphons’ flashes.
by Marta Mazuś
‚Polityka’ 6.04.-12.04.2016
_____________________________________________________________________________

A translation of a part of the article from ‚Art and Business’ magazine. It tells about Radek Perlak like an artist outsider, his conditions at a prison, his feelings and thinks.

Secondary, they are the outsiders in the society. By the different reasons they have been excluded. There are among them the unemployed, homeless, ills, disabled, but also, like Radek Perlak, isolated at prison. Life sentence convicted Perlak is going by his verdict in the Rawicz prison and a few years ago he’s painted there his first painting. The artist completely dependent on the government institution, he’s holding an independent thinking and is able to convert his situation into something constructive. Besides he’s painting the portraits and describing his works by the comments, he has also written a book which uncovers an illusion of rehabilitation in the Polish prisons.

I trust in art like in religion
From a Radek Perlak’s letter: ‚Yes, I remember my first painting. It was a simple flower. You could even think a child has done it. The next works weren’t much better. Nevertheless I was always seeing in them not that, what didn’t work, but that, what did (…).
I’m painting what I’m feeling in a moment and what I’m allowed by my conditions. I often do a series of works: the three landscapes in a one style, four forest animals, a few portraits on the similar level of realism. I don’t stop in one place only because something has started to become correct (…). The most natural source to reproduce the elements of an exterior world, are for me the photos, generally come from the daily newspapers and weeklies or magazines. There is a various scope of modifications, (…) however on principle it is never just a copy. Sometimes someone is tactful suggest me what I’m follow yet the hipper realism and farther there is nothing more. Well, it happen, I feel like try to paint a painting more real than a photo. At that time I like thinking, that at least no one critic of a modern art will tell: {I could paint it myself}. If is he so smart, let he try! I’m dreaming about to mix together the perfect technique and an originally, individual meaning. It’s waiting somewhere there before me (…).
I had been painting on the carton bindery refuse, on the fragments of prison sheets, on the old straw mattress, on a shirt and an Eco-bag, but also on a linen canvas from an art-equipment shop and on a few bought ready-made frames. I had try the opportunity given by the carbon, pastels, water colors, gouaches, acrylics and ink, but today I can tell, that I truly love the oil colors (…).
I earn some money by the paintings, but without support of my family for sure I couldn’t do a lot of these, what I have done til now. A distribution of my works goes wrong. I can’t be present myself on the exhibitions, I cannot connect by internet, and I have a right for a five minutes phone call one time by the six days. Definitely I need someone, who could represented me. I am good at painting (…).
What may I tell about the conditions I work in? Maybe I should try to tell one story, which will show closer a reality in here. On the exhibition there will be presented my portrait of Tracey Emin. One August nigh I was working on a next stage of this portrait until a two o’clock at night. When I was just close to finish it and there rest only to clean a palette and the brushes, an old prisoner – weak because of his alcoholic illness and lame – he got up suddenly by a bed next to me and crossing fast a cell he was started to piss through his briefs, and then finished to do it into a washbasin in a toilet corner. Next, didn’t care about my fury dirty words, he came back piss-wet to his bed. I should explain what by this, what he has done, in many others cells he could be hard beat. I was looking at this piss on a floor and in a washbasin, at him, and at my portrait of Tracey Emin. A principal point was to do everything to could next day continue on focus to work on my painting. It was no reason to tug the beggar. (…) In silence I cleared up after him, disinfecting everything with wash liquid and a hot water warm for my bath in a bowl. (…)
More than one time I have seen by bars window a hearse ride out from here. I know I will also ride from this place like that. Telling true, the same is waiting for you as well, although the bigger part of you are running away from thinking about this. If I’m afraid of something, it is that I’ll use wrong my time still left in here. The last five years, since I’ve started to paint, had gone so quick, what I am scared how fast may pass the next a few five-years til a death, before I create something really significant. I trust in art like in religion, which I don’t believe in true. There will rest after as only the paintings and books’.
by Agnieszka Berlińska
‚Art and Business’ March 2016